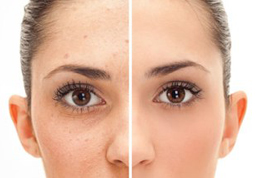 A wart (also known as verruca) is generally a small, rough tumor, typically on hands and feet but often other locations, that can resemble a cauliflower or a solid blister. 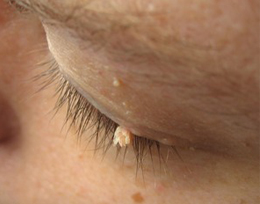 Types of wart
• Common wart (Verruca vulgaris), a raised wart with roughened surface, most common on hands and knees;
• Flat wart (Verruca plana), a small, smooth flattened wart, flesh coloured, which can occur in large numbers; most common on the face, neck, hands,    wrists and knees;
• Filiform or digitate wart, a thread- or finger-like wart, most common on the face, especially near the eyelids and lips;
• Plantar wart (verruca, Verruca pedis), a hard sometimes painful lump, often with multiple black specks in the center; usually only found on pressure   points on the soles of the feet;
• Mosaic wart, a group of tightly clustered plantar-type warts, commonly on the hands or soles of the feet;
• Genital wart (venereal wart, Condyloma acuminatum, Verruca acuminata), a wart that occurs on the genitalia.

Treatment
Homeopathy is well known for the treatment of warts maximum cases are reported to have been cured with Thuja , Acid Nit, Caust ect But if it fails selection of constitutional
drug is necessary which is capable of curing any kind of wart.